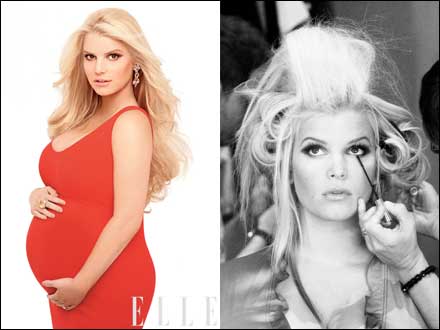 ELLE goes behind the scenes with April covergirl Jessica Simpson.

Inside Allie's World is loving tribal prints and red lips.

Whipped Style shows you the many ways to style a denim jacket.

MolDiva is pretty in pink.

InStyle has a first look at Bebe's bridal line.

The Grindstone shares 10 expert tips on how to pay down your student loan debt.

BellaSugar shows you how to get a Hunger Games beauty makeover.

All Women Stalk has 7 eye makeup tips for your eye color.

Birchbox Blog shows you how to get pink roots.

College Candy shows you how to revamp your wardrobe with a DIY project.

Enter my exclusive giveaway for your chance to win H&M Fashion Against AIDS accessories. 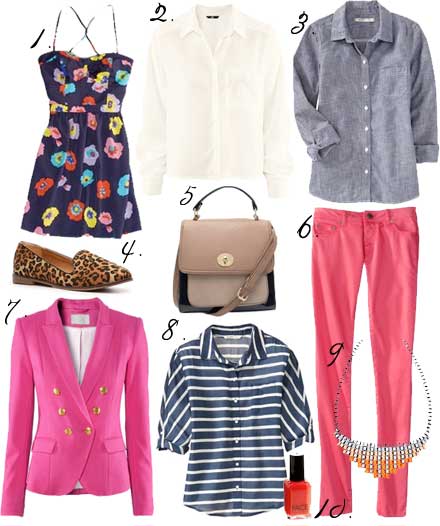 At the start of a new season, I try to take stock of what's in my closet and then make a list of the pieces I'd like to add. It's not foolproof, but it's probably one of the best techniques I've found to help me stick to my budget and not get side-tracked when I head to the mall. Here's a checklist of 10 spring items on my list, what's on yours?

Update: And the winner is… #15 Sarah! Congrats to our winner and thanks to everyone who participated. 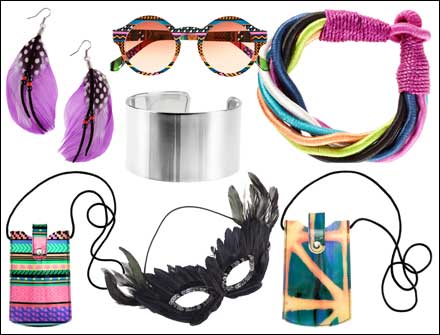 Please note: This giveaway has ended and is now closed to further entries.

Yesterday I showed you the H&M Fashion Against AIDS 2012 collection, and today I'm launching a giveaway for some of the hottest accessories in the line, which launches April 26th.

One lucky winner will receive 7 accessories from the H&M Fashion Against Aids Collection.

Special thanks to H&M for providing the prize. Prize may vary slightly from image shown. Entries must be posted by 12 noon EST on April 6th, 2012 to be eligible to win. To get involved, visit www.fashionagainstaids.com beginning April 5 for more info. 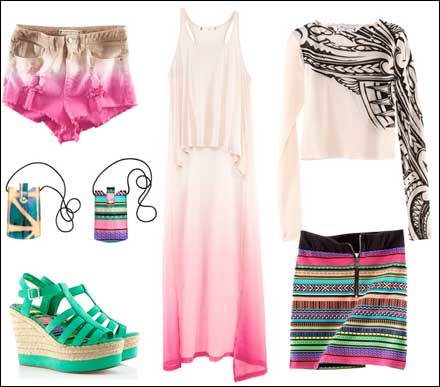 H&M is set to launch the fifth Fashion Against AIDS (FAA) collection to raise funds and create youth awareness about HIV and AIDS. It's such a great cause, and as usual, 25% of all sales will go directly to a variety of international youth HIV and AIDS awareness projects, including Designers Against Aids, MTV's Staying Alive Foundation, United Nations Population Fund, and YouthAids.

This year's summer-ready collection for girls and guys brings together ethnic influences from different continents: Colorful African trims on blouses and bustiers, graphic black and white Maori prints on leggings and crop-tops, and folkloric Inuit designs from Greenland on draped T-shirts. The collection also includes fashion accessories such as hats, footwear and jewelry, as well as special pieces such as iPhone cases.

H&M's Fashion Against AIDS collection be will available in around 300 stores on April 26th 2012. Stay tuned, I'll be hosting an exclusive giveaway so you can get your hands on some of the goods before everyone else!

What's more, H&M has launched a micro-site in conjunction with the Fashion Against AIDS collection titled "Make Out for a Good Cause." For each uploaded picture on the micro-site, H&M will donate $1 to HIV/AIDS awareness projects.

If you'd like an "early bird" VIP-invite to the pre-launch site, hit me up in the comments and I'll send the first 20 people who comment an exclusive access code (must be 16 or older).

Browse the collection after the jump, so much color! Love the dip-dye maxi dress.

Posted in: Designer Collaborations, Fashion for a Cause, H&M, Lookbooks, Spring 2012

This look for less was requested by reader Jen, who loves Loeffler Randall's "Neel" espadrille pumps. With their closed toe and chunky heel, these sophisticated shoes say "work" in front and "party" in the back! The $375 pricetag, however, is not so fun.

The best look for less I could find is these Sam Edelman "Rella" espadrille heels, which come in black, natural or whiskey brown for $120-$160 at amazon.com. Not cheap, but it's a good brand and you'll save $255.

Okay, so these don't have a closed toe, which kinda defeats the purpose, but the coloration and silhouette gives these Merona for Target "Edith" sandals a similar vibe. At $24.99, they're a steal!