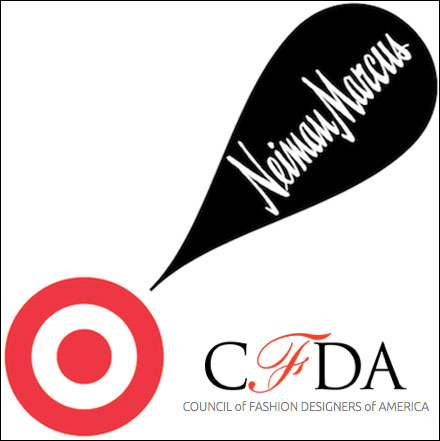 Ranging in price from $7.99 to $499.99, with most items less than $60, the collection includes more than 50 eclectic gifting products, from apparel and home décor to pet products, sporting goods and more.

Target and Neiman Marcus will also be donating $1 million to the council, an impressive gesture but I can't help but notice that many of the designers participating in this collab are already well-established multi-million dollar corporations (Tory Burch, Marc Jacobs, Diane von Furstenberg). I'm reading Overdressed by Elizabeth Cline right now and one of the points she makes is how incredibly difficult it is for a designer who's just starting out to get their foot in the fashion door, in part because huge corporations like Target place orders for hundreds of thousands of garments at a time from overseas factories. A small time designer in NYC can't compete, so from my perspective, wouldn't it behoove Target and Neiman Marcus to tap up-and-comers for this collab instead? But then again, I guess people wouldn't line up at midnight for a collaboration unless big names were attached to it. I'm left with more questions than answers.

But yes, I'm excited and I will be checking this out. Of course I will.

Get more details over on Target's blog, A Bullseye View.

Thanks to @booshabear for the tip!!

This Madewell polka dot top in nylon lace is $65. I believe the camisole is not included. It's also available in beige, red or black.

This tank top by Mossimo will give you a similar look and feel in a tank top format. ($15, Target.com)

Posted in: Madewell, Mossimo, The Look for Less