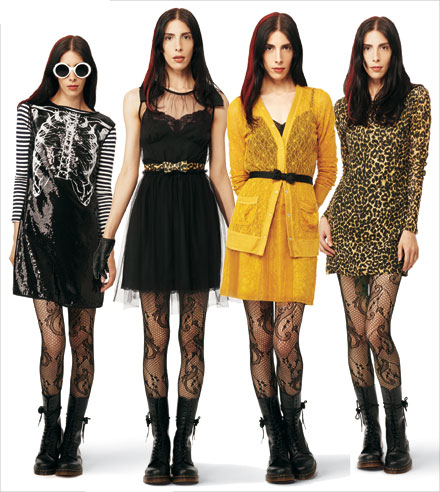 Several pieces from the Rodarte for Target collection will be available at Target To-Go Holiday Pop-Up, a limited-time-only walk-up holiday shopping event, before it hits stores nationwide on December 20th, including:

In addition to scooping up pieces from the Rodarte collection before the line's official launch, shoppers can dash up and dash off with the hottest mix of 50 holiday gifts at everyday low prices, wrapped and ready To-Go.

Target To-Go will be open to the public for three days only from Friday, December 11 through Sunday, December 13, from 10 a.m. to 8 p.m. daily, at Gansevoort and Washington Streets, at the High Line entrance in New York City. Pop-ups will also launch in San Fran and DC.


[Image has been removed per Target's request]

[Image has been removed per Target's request]

[Image has been removed per Target's request]
Photos courtesy of Target. Please note: Target asked me to remove the photos which they had provided me with earlier, so naturally I had to honor their request. If you saw them, consider yourself lucky!

Posted in: BB's Weekly Link Round Up, Designer Collaborations, Off the Rack, Target

Previous Post Next Post
Comments
I'm completely in love with the black halter dress!! Now you know that is right up my alley. Will this be available on-line between those dates because I doubt my city will have them. Dianna, please let me know!!
#1 budget chic (Homepage) on 2009-12-03 09:50 (Reply)
It will be available December 20th online and in Target stores nationwide, so look for it then! It would look amazing on you