Yesterday afternoon, a small, unexpected package arrived on my front doorstep. I opened it up and discovered the most lovely shade of mint nail polish. Turning the bottle over in my hand to learn the name of this beautiful shade, I spotted a small label bearing my first name. D-I-A-N-N-A. Could it be?! Was this a mistake or intentional? I quickly read the handwritten note that was enclosed with my surprise package - and my hopes were confirmed...

Julep, one of my favorite name polish brands ever, has named a nail polish after me! It turns out the team at Julep follows my blog and had seen this post I wrote back in January where I laid out my predictions and fashion "dreams" for 2013 and well, they thought it would be cool to make one of my dreams a reality! And did they ever.

"Dianna" will be announced to the public starting 6am PST on May 20th when Julep releases their preview email for the month of June to all their mavens. And "Dianna" will be included in all the June "Boho Glam" boxes, so if you're a subscriber, definitely look out for it next month. If you're not, no worries, my namesake nail polish will be available for purchase on the Julep site soon and you know I'll be the first to tell you the second it comes out - so stay tuned!

"Dianna" is seriously the most amazing shade of minty blue I've ever seen. And I'm not just saying that because of the name (but if I was, could you blame me?!) This formula goes on great with one coat, achieving bottle color in two light coats. It had a beautiful shine and vibrancy - think Tiffany or Robin's egg blue. I know you guys are going to love it and I couldn't be happier to have my name on this polish.

If you've read this far, thank you for indulging me - it's not like I won the Nobel Prize or anything but the little girl inside of me was so delighted by this small "honor," and I'm thankful to be able to share with you guys.

What do you think of "Dianna"? Would you wear this shade? 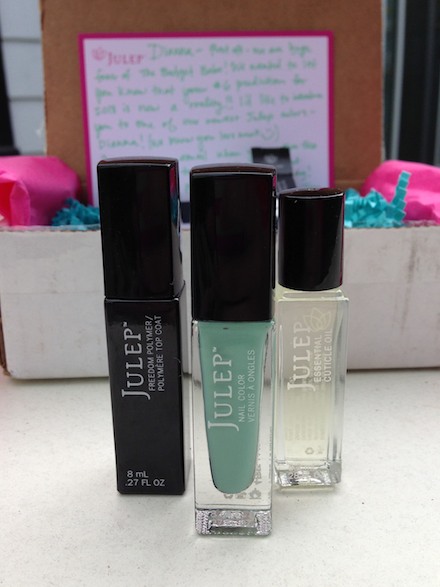 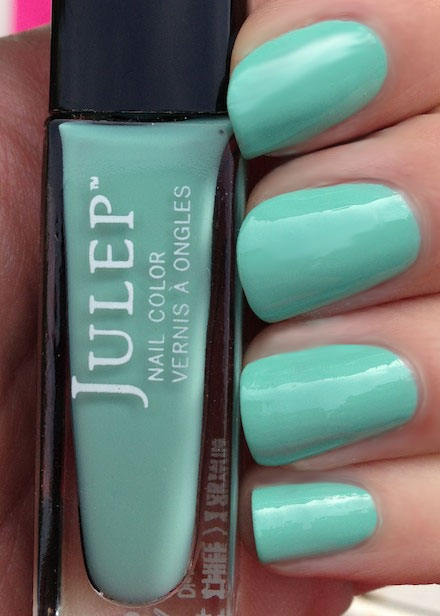 Please note: This is not a sponsored post or anything.

Previous Post Next Post
Comments
This is so amazing - congrats!! And I agree with you - loving the hue of this polish...they made a great choice