Welcome back to Fashion Capsule! In this weekly segment, I will show you how to style three items under $50 for an entire week’s worth of outfits. This week’s outfits were all inspired by Netflix’s new series, Wet Hot American Summer: First Day of Camp, which (of course) I binge-watched. This series is a prequel to the cult hit, Wet Hot American Summer released in 2001. Disclaimer: Please keep in mind that these outfits were inspired by the dorky characters in this comedy. I wouldn’t recommend wearing these outfits outside of an ‘80’s summer camp movie! Also, spoiler alert: This post has some details about the show that might give away some plot twists and turns. No worries, however, this post won’t make the show any less fun and enjoyable for you. That being said, let’s get started!

TOPSHOP Metallic Stripe Cropped Cami $25
I’m pretty sure I owned a very similar tank when I was in second grade. I would bet good money that my parents still have it in a box somewhere in our basement. I would bet some additional money that it was from Limited Too. The reason I chose this tank for the capsule was because it fit so well with the ‘80s summer camp movie theme. The spaghetti straps provide one of the least awkward tan lines, short from swimwear and toplessness.

TOPSHOP Moto ‘Rosa’ Cuffed Denim Shorts $50
I love me some denim shorts. If they don’t scream summer, then I don’t know what does. Additionally, nearly 80% of the campers at Camp Firewood wore some flavor of denim shorts. Therefore, I would be remiss to exclude them from the capsule.

TOPSHOP Lauren Denim Cross-Strap Clogs $39
Now, I’m not sure of the practicality of wearing heels to camp, but many of the women in this series can be seen wearing them. These clogs are a really nice addition to the capsule because of their versatility among the female counselors. The denim straps can be seen as a neutral and match any of their fabulous (read ridiculous) ensembles. 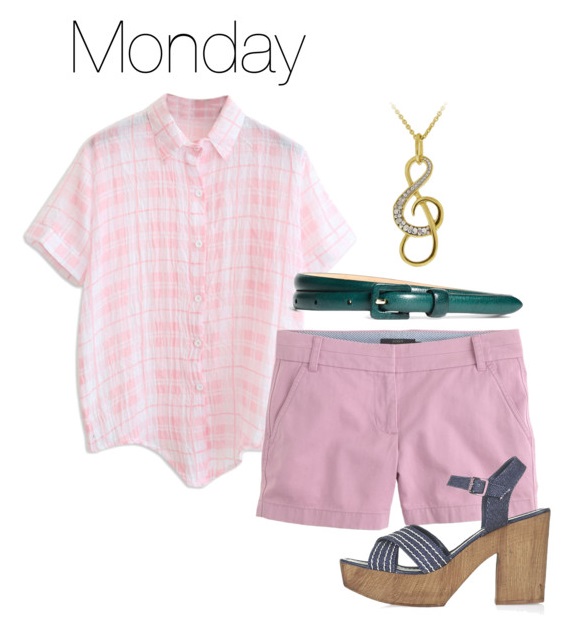 This outfit, if you’re familiar with the show or movie, should be obvious as Amy Poehler’s character, Susie. Susie is a theatre counselor at Camp Firewood, along with her boyfriend Ben (Bradley Cooper). Susie is a vessel full of energy and dramatics, complete with a Farrah Fawcett hairdo. She lives and breathes the arts, hence my addition of a lovely musical note necklace. For this eight episode series, Susie wears a light pink romper with a teal belt. I used this romper idea to create a two-piece outfit with a light pink button-down and J. Crew shorts. Add a belt and the TOPSHOP clogs and you’ll be ready to choreograph and direct your way onto the set of “Electro City” (WHAMS reference).

Katie, the beautiful and popular counselor played by Marguerite Moreau, is initially dating a boy from the wealthy camp across the lake. Despite this, she has a very “girl next door” look to her. She wears her hair parted down the middle, with the front pieces pulled back by barrettes. She is always seen wearing her clogs, denim shorts, and striped shirt. Her look just oozes “take me home to meet your mother.” It’s sweet and adorable.

Isn’t it fitting that I would put the Andy (Paul Rudd) outfit immediately following Katie’s outfit? After all, Andy and Katie are the romantic focus of the series (for the most part). They definitely are the hot, will-they-won’t-they couple. Andy’s style thrives on rebellion. He enters the series riding a motorcycle, right before hopping off it as it propels forward without him. With the aviators, the Converse sneakers, the red bandana, and the denim jacket, Andy looks like a rebel without a cause.

Lindsay, played by Elizabeth Banks, is an undercover journalist for Rock and Roll World Magazine investigating Camp Firewood for a feature article. Her editor initially refuses to let Lindsay visit the camp because “she couldn’t pass for sixteen.” Lindsay responds, tenaciously, by flipping her hair to one side and then clipping it back. Humorously, the editorial staff all gasps with shock that (miraculously) Lindsay now looks like a teenager. Lindsay completes her disguise with a very cropped top, a puka necklace, and some really great high-waisted bell bottoms. Her confidence in this outfit is so unbelievable that she even convinced me of her ruse.

With her sections of braided hair and paisley tops, Beth looks very much like a flower child. She typically wears bell-bottoms jeans as well, but I thought that the shorts would work in this instance. As the head counselor for the girls, Beth, played by Janeane Garofalo, cares exponentially about Camp Firewood. She spends the majority of the series trying to save the camp, hence my addition of the clipboard. She’s cool, yet organized. Funny, yet hard-working. She may be my spirit animal. 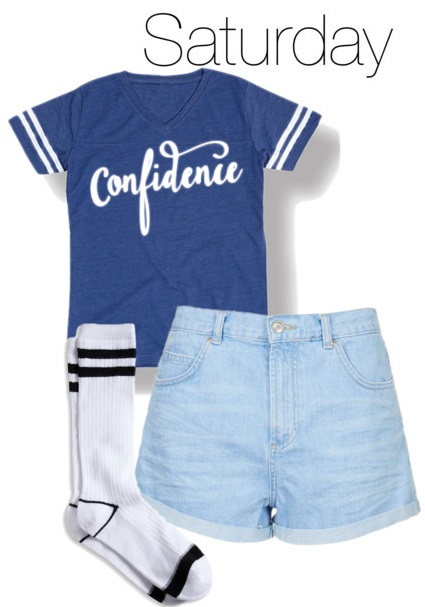 Michael Showalter, who co-created Wet Hot American Summer, plays Coop. Coop is a nice guy by any standards. Initially, Coop is seen wearing a football jersey, a pair of cutoffs, and knee-high tube socks. He undergoes a bit of a transition throughout the series (see Sunday). Interestingly, American Apparel apparently provided a lot of the wardrobe for WHAMS. The socks, especially, were an important piece of the camp wardrobe in the series. Is a revival on the horizon for American Apparel thanks to WHAMS? I’m still not sure. 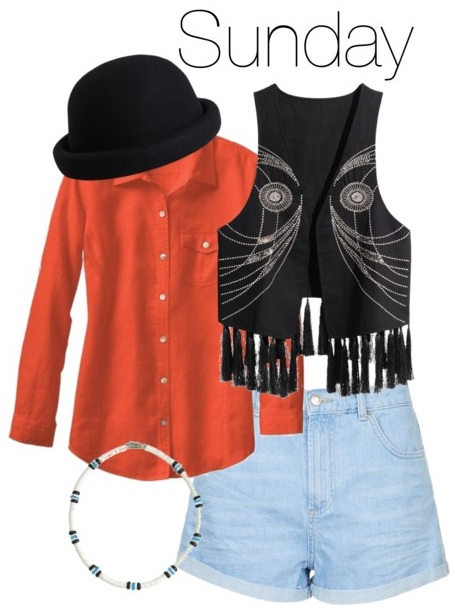 Sunday is Coop 2.0. Donna, Coop’s “girlfriend,” constantly gives him clothes as gifts. She first gives him a puka shell necklace, which he wears. Followed then by a hat, shirt, and vest (not necessarily in that order). He wears this as an outfit towards the end of the series. She loves the rock and roll style on him, but he doesn’t think it works. Despite the show’s apparent mocking of this outfit, it actually has some style potential, especially when compared with the tube socks and dolphin shorts that plague the rest of the wardrobes.

Watch the show and let me know what you think. Also, don't miss my previous Capsule Wardrobes including the Beyonce special edition, monochrome edition and Sally Hansen Boho Chic-inspired edition!