Are you kidding?! $10.50 for a dress?? How can anyone compete with that?! All we can say is get yours before they're gone. 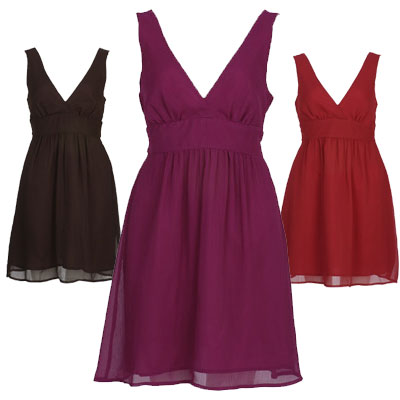 Red and purple ranks high on our list of fave color combos. It's a match made in heaven, really, and we've spotted it all over the place this fall. Take, for instance, the fantastic lady on the left in this ad for Benetton—just look at that hat and her demure expression! Such irresistible attitude, and most of all, the colors are delicious. 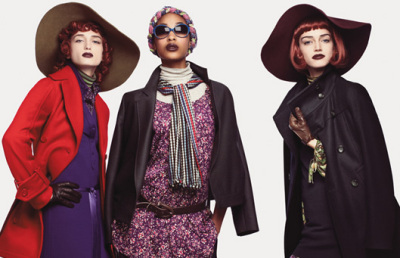 If you feel like giving birth to a purple-red lovechild yourself, here's our derivative look (and as always, on a budget): 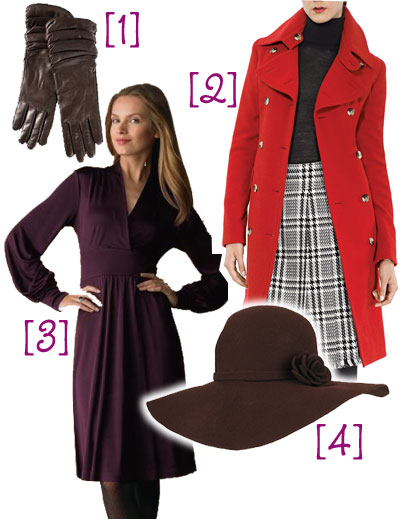 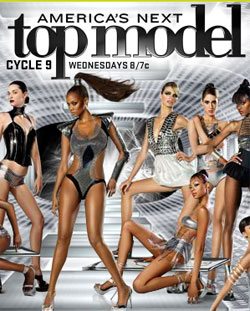 So we're well into cycle nine of America's Next Top Model and we can't help but think: They're not a particularly impressive bunch of wannabe models, are they? Not one single contestant seems to have that "wow" factor.

The photography, styling and makeup has also been lackluster. The photo shoot where the girls were made-up as flowers and plants was horrendous. Everything looked pulled from the fake flower department at a craft store. Very tacky, very glue-gun, very not high fashion.

Indulge us for a few while we share more of our clumsily thought-out opinions on the series (which we still love watching, by the way!)... 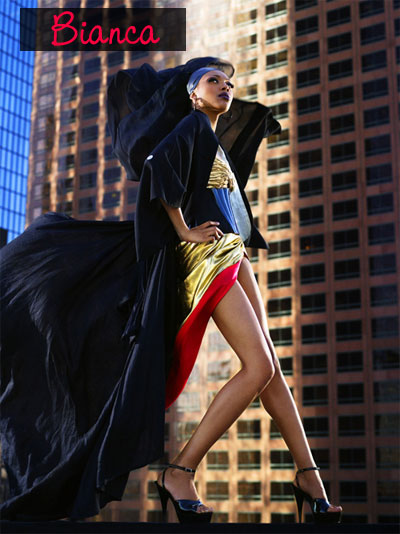 The makeover episode was disappointing, wasn't it? Aside from Bianca (above)—who looks fabulous in her super short 'do—no one else dramatically improved their look (or even cried for that matter, which would have been equally entertaining). Some contestants, like Saleisha, actually got worse. Her cute, girl-next-door vibe was completely extinguished by those awful bangs and Sonny Bono styling. 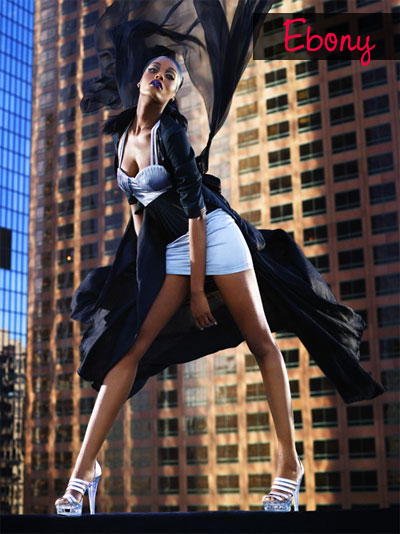 In last night's installment (Episode 6) Ebony (above) decided to back out of the competition after narrowly surviving the elimination round. We feel for her, especially since we thought she had the strongest photo overall in Episode 5. She managed to arrange her limbs in an incredibly creative pose that said "resignation" and "triumph" at the same time (see the push and pull in her back and neck). A nuanced yin and yang of resistance and acquiescence....anyways... 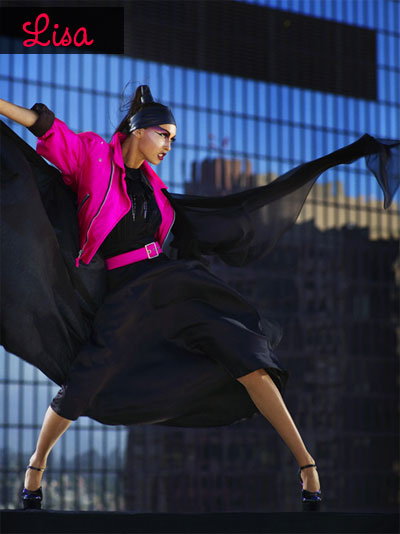 Actually, we think just about everyone took their best photo to date in Episode 5. Maybe it was the styling, maybe it's because we're partial to skyscrapers and urban settings, who knows. Lisa (above) was no exception. Fierce, huh? In fact, she may just be our favorite contestant thus far cuz she's just plain beautiful as well as versatile. She can do the whole urban diva thing, she can do hot haute, and we can totally see her doing close-ups for cosmetics or skin care products. Too bad her name isn't more exotic-sounding. Not that there's anything wrong with Lisa, but a nickname like Mona could be cool. Or not.

As for the rest of the contestants...Ambreal has a great smile and personality, but it doesn't come through on film. Seems like they've been ignoring Chantal in the way they're editing the footage, but she is pretty and Twiggy seems to like her, so we look forward to seeing more of her. Heather is sweet, but we still prefer her profile shots, not straight-on. We used to confused Jenah and Chantal, but this past week she managed to stand out from the crowd. She's got potential. Sarah is someone else we're keeping our eye on, she has gorgeous curves and perky features that are so exaggerated they become edgy.

Of course, we can't wait for the next episode. Fingers crossed, they might actually show some cute fashion, too. And please, feel free to ramble in the comments—this is what reality TV is all about!

P.S. Has anyone seen VH-1's ANTM spoof, America's Most Smartest Model? Great concept, but it could have been a whole lot more funnier. 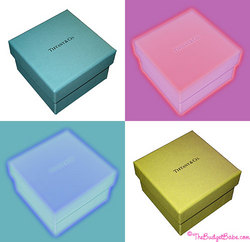 Tiffany & Co. announced plans to roll out up to 70 smaller-format stores, called Tiffany & Co. Collections, at a rate of three to five per year.

The stores will offer a wide range of jewelry, with a focus on higher-margin silver jewelry, but not engagement jewelry.

We're not really surprised by this move since we get the Tiffany catalogs in the mail (which are adorable, by the way) and they're already filled with accessibly priced jewelry, especially silver pieces that hover around $100-$200 dollars.

If anything, we were just surprised by how possessive the news made us feel regarding the Tiffany brand...we were somewhat overcome by the feeling that we didn't want them going more mainstream just to increase sales.

Why you ask? Well, let's face it: We're not exactly regular customers at Cartier and Harry Winston. Tiffany's is iconic, it's well-crafted, and it's attainable. No matter what anyone says about Tiffany's (overpriced, everyone's wearing it, etc.), their jewelry will always hold a special, nostalgic place in our heart. After all, Dad bought Mom a Tiffany engagement ring, and we've been presented with more than one meaningful gift from Tiffany's over the years. Those aren't emotions you can simply ignore. ::sound of violins::

So while we're sorta bummed that Tiffany's is branching out, we're guessing this means more women (and the men who love them) will be able to scoop up a little blue box of affordable luxury...so you could think of it as spreadin' the love.

What do you think about Tiffany & Co.'s decision? 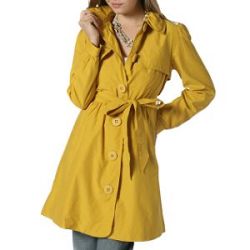 Yellow. It's bright, it's happy and it's one of our favorite colors! Yet even we, the style zealous, understand that in the realm of fashion, yellow can also be overwhelming.

But fear not, for the key to wearing yellow is to find a shade that's right for you, pair it with the proper duds, and administer the proper dosage. Easier said that done? Check out this post at youlookfab.com, where professional stylist Angie holds your hand and shows you how it's done.

Once you've jumped that hurdle, let the fun begin with this mellow yellow swing-shaped trench. On sale at Mandee.com for just $27.49, this sunny coat will brighten your day—and keep more green in your wallet.