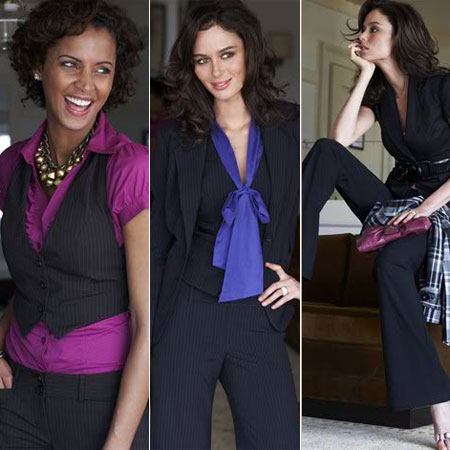 BETTER LATE THAN NEVER On the heels of sister brand Express, The Limited will be launching an online store in fall 2008. Be the first to know when their online store opens, plus get $15 off your $50 purchase, when you join their e-mail list at www.thelimited.com

Posted in: Budget Fashion, Off the Rack 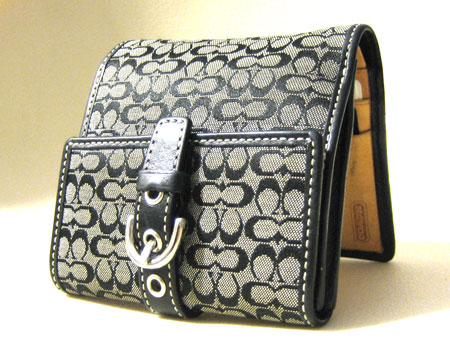 My dependable albeit uncool Coach wallet.
So I may lose some friends today and make some serious enemies, but I'm going to go out on a limb here and speak my truth: Coach handbags are not cool. They've gone overboard with the "C"s, they've gone overboard with the rebranding, and in their efforts to become coveted by a younger generation, they have become (insult of insults): Common. I'm sorry, but when everyone and their mother and their grandmother and their kid sister is carrying one of these unimaginative quasi-status symbols, it's time to throw in the towel and say, "Enough."

Now for an ironic twist: I happen to own both a Coach handbag and a Coach wallet. They were gifted to me a couple years back (I think it's been nearly 5 years now), and at the time I thought it was an undeniably generous and thoughtful gift. And guess what? I still use the wallet because the quality is superb and it serves its function well. Some critics have charged that Coach's quality and craftsmanship has gone down (while prices remain high) ever since the American company quietly moved most of their production to China. I'm not sure where my wallet was made, but I abuse that thing daily and it's held up really well. Just look at the above photo, it still looks practically new!

So even though I don't think the wallet is "cool" per se, I'm going to continue to use it until it falls apart. Does that make me a hypocrite? I don't think so. Not everything I own is cool, nor should it be. My point is this: Coach is a "nay" in terms of being fashionable, a "nay" for being an overpriced affordable luxury (unless you shop the outlets), but a definite "yay" if you just want a well-made purse or wallet that will last for years.