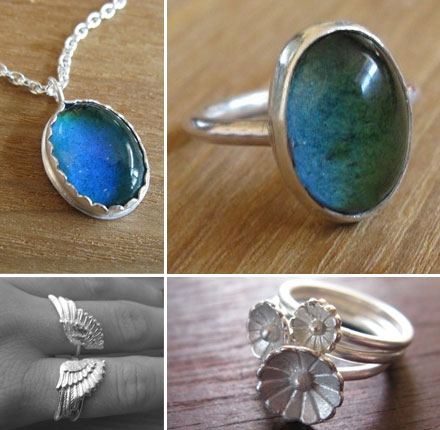 
Sweet Nirvana has been inundated with orders since being featured in Lucky magazine, and with good reason: Lots of girls recall the charm and nostalgia of mood rings, those blue-green baubles that seem to change with our ever-changing emotions. In addition to these throwback gems, Sweet Nirvana also sells a lovely selection of delicate rings, necklaces, earrings and bracelets with comforting motifs such as flowers, angel wings and feathers. Feminine pieces you can wear everyday for a subtle yet fashionable statement. Visit Sweet Nirvana's Etsy shop to see the complete collection. 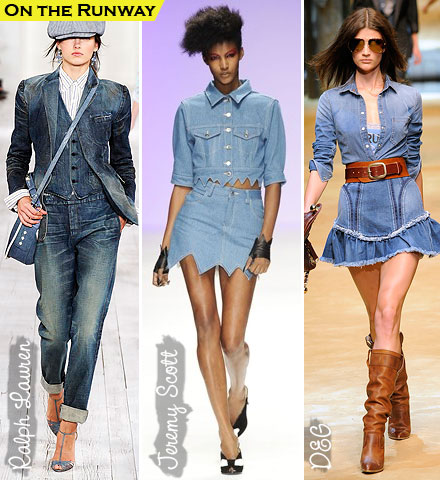 Often cited as one of the worst fashion faux-pas, wearing denim with denim is actually the coolest way to wear this beloved fabric for Spring 2010. Ralph Lauren channeled the spirit of America's pioneers with his denim-on-denim ensembles, Jeremy Scott referenced the nineties, while D&G took a wild West approach to the trend. If you can't commit to this trend for fear of being mistaken for a farmer, you can still get inspired to wear denim in new ways come springtime: Consider picking up a fresh denim dress, skirt, blazer, vest or shirt. Here are some budget friendly pieces to get you started. 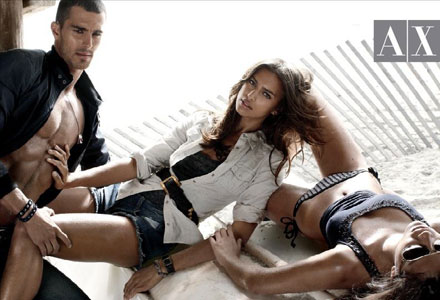 On the accessible end of the Armani Group empire is A|X Armani Exchange, a sexy, modern, street-chic label known for its provocative ad campaigns. Although it's the most affordable Armani brand, most items sell around the $100 mark, which is why I rarely feature their stuff, but when I got the Spring 2010 Campaign images in my inbox, I decided to share in case there are any Armani Exchange fans out there. If nothing else, the male models are easy on the eyes!

Here's a portion of the entertaining press release:

Congratulations to our winners and thanks to eUndies.com for hosting such a saucy giveaway! 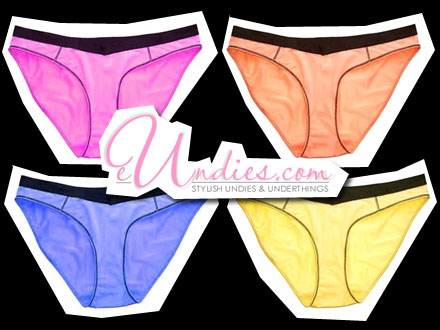 Please note: This giveaway has ended.

We've teamed up with eUndies.com to offer three lucky readers the chance to spice up her lingerie drawer just in time for Valentine's Day.

Three (3) winners will receive one $20 gift card each redeemable at eUndies.com, a fabulous spot to score underwear, tees and lingerie for less.

To enter, visit www.eundies.com then tell us which style panty is your favorite in the comments section below. Don't be shy!

This giveaway is open to both United States and Canadian residents. Please note that eUndies.com ships to Canada via USPS Priority International for a $13.95 flat rate.

Entries must be submitted by Thursday, February 4 at 12 noon ET to be eligible to win. Bookmark this page, where one winner selected at random will be announced later that day. 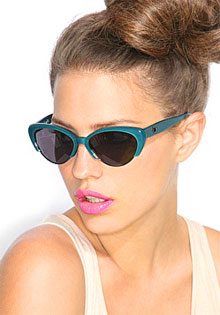 The Budget Babe has teamed up with Stylehive.com to exchange links once a week so that you can see what's buzzing in their budget-friendly hive.

Femme fatales of the 1950s defined beauty with hourglass figures, sexpot hair and come hither lashes, made all the more provocative by fashionable accessories like silk scarves, pearls—and cat-eye frames.

Today a new crop of designers is putting their own spin on these seductive frames that give the wearer almond-shaped eyes, and Stylehive has a round up of some of the best takes on this trend.

Browse this slideshow for inspiration on how you can add a little Hollywood glam to your wardrobe with this chic and affordable accessory!

Posted in: BB's Weekly Link Round Up, Budget Fashion