This MICHAEL Michael Kors Large Satchel in Camo Print is $328 at michaelkors.com - and it's on back order! 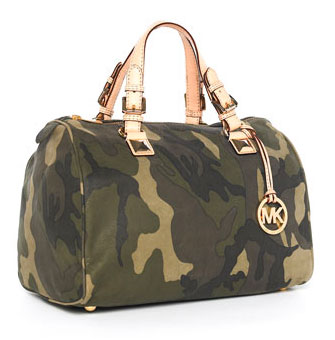 Get the look for less with Forever 21's Army Canvas Bag, just $24.80 at forever21.com. Click either image for more info!

Posted in: Handbags, The Look for Less 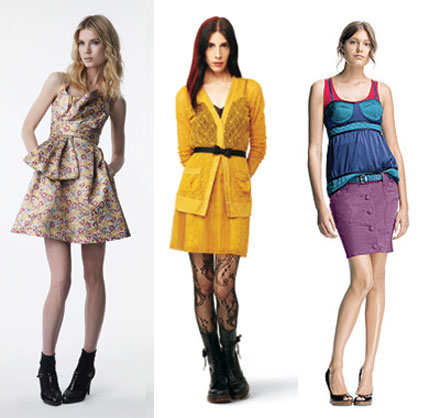 Past looks from previous Go International collaborations with (from left) Zac Posen, Rodarte and Proenza Schouler.
To mark the fifth year of its collaborations with up-and-coming designers, Target has tapped 17 past participants in the Go International program to design a series of dresses available from March 13 until April 10, 2011, reports WWD.

Dubbed the "Designer Collective," this collection will feature 34 new dresses by Go International alumni such as Luella Bartley (who has since closed down her fashion label), Tara Jarmon, Paul & Joe, Behnaz Sarafpour, Proenza Schouler, Libertine, Alice Temperley, Erin Fetherston, Jovovich-Hawk (another label that folded), Rogan, Richard Chai, Jonathan Saunders, Thakoon, Tracy Feith (who is facing huge financial troubles), Rodarte, Zac Posen (who made a recent cameo on ANTM), and Tucker by Gaby Basora. Gap's Patrick Robinson was the only designer to decline.

Frankly, all I have to do is open my closet to see a Target Go International "retrospective"! LOL. I think this is a clever idea…but does it signal the end of the Go International series? If so, what's next?

Posted in: BB's Weekly Link Round Up, Target