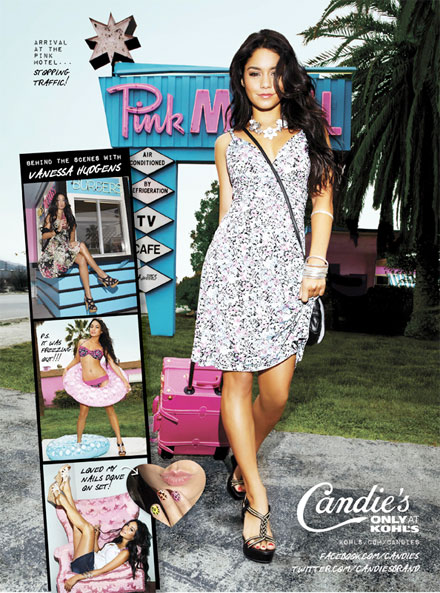 After three consecutive seasons wearing the Candie's crown, Britney Spears passes her photoshoot duties to High School Musical star Vanessa Hudgens, who stars in Candie's spring 2011 multi-media marketing campaign. Candie's is of course a juniors brand sold exclusively at Kohl's. Photographed at the Pink Motel in Sun Vallery, CA by fashion photographer Tony Duran, the flirty campaign features Vanessa playfully dancing on a diner counter, having a pillow fight in one of the motel rooms and prancing pool-side.


"Ever since I saw Fergie do the ads for Candie's, I fell in love. It's such an honor to be a Candie's girl," Vanessa says, adding "We had a blast shooting the campaign, one of my favorite sets was using the diner countertop as a runway, it's definitely not every day I get to do that."

The campaign will make its debut in March issues of fashion and lifestyle magazines such as Seventeen, Teen Vogue and Cosmopolitan, and online at www.kohls.com. Past Candie's spokespeople include Britney Spears, Fergie, Hilary Duff, Jenny McCarthy and the Dixie Chicks.

Love Britney but I always found her overly airbrushed Candie's ads off-putting and anachronistic, so props to Candie's for picking a more marketable spokesmodel to recharge the brand. 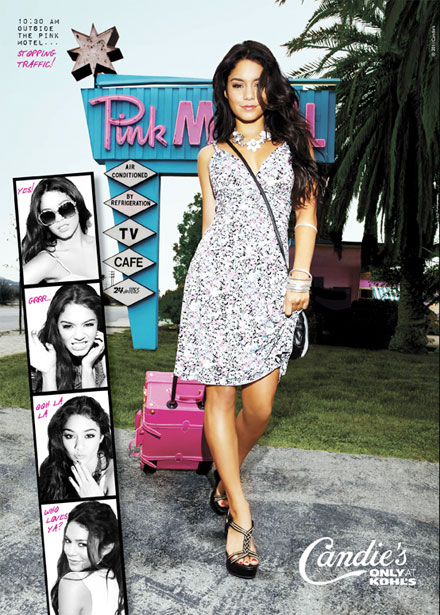 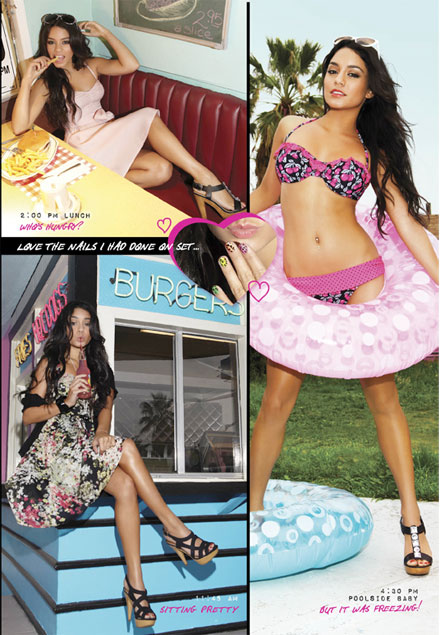 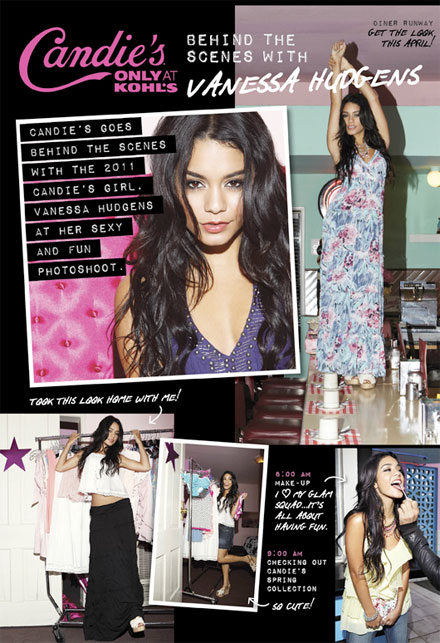 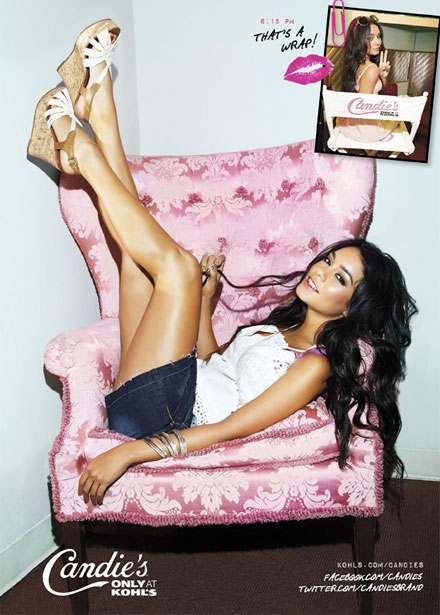