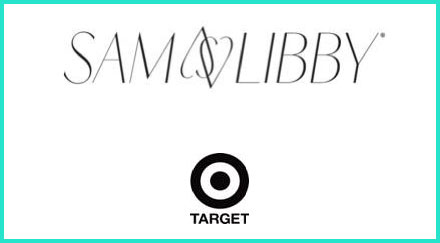 Target is partnering with footwear designers Sam and Libby Edelman to re-launch the Sam & Libby brand through an exclusive partnership. Sam & Libby for Target will debut with 20 styles starting at $24.99, from sandals and flats to patterned wedges and pumps. The ongoing partnership with be available at Target stores and Target.com beginning May 5, 2012, with fresh styles to be introduced each season.

A bit of back story on the brand: Sam & Libby launched in 1987, then got acquired by Brown Shoe Company from The Jones Group in August 2012 and reunited with its founders - so teaming up with Target is a smart financial move for the husband-and-wife duo.

I'd rather just see Target team up with the Sam Edelman brand, since it's one of the "coolest" names in the whole Brown Shoe Company family, but I'll reserve judgement until I see some photos of the collection. Are you excited for this collab?

Previous Post Next Post
Comments
I had the same thought about the Sam Edelman brand being a way cooler idea for a collab. Pretty much every SE shoe I see, I want to own. Still has the potential to be a very cool shoe collection!
#1 ajdematteo on 2012-11-28 09:07 (Reply)
Since this is a long term partnership between Target and Sam/Libby I think they want to differentiate between the regular SE line and this one. I am pretty sure that there will be some direct correlations between the two lines though....Pretty excited to see the result!
#2 AA on 2012-11-28 12:05 (Reply)
Leave a comment