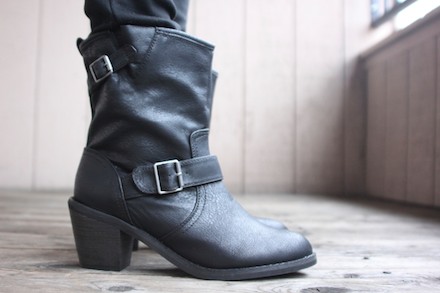 Remember Carrie Bradshaw’s fabulously luminous closet in the Sex and the City movie? Well that WILL be mine one day, even if it means I have to construct it myself. And though I can only wish that there would be a pair of Manolo Blahniks on the shoe rack, I can guarantee there will be an entire section of that closet shelving all the boots I will own - tall, ankle, studded, spiked, over-the-knee, cutout - you name it. There is no such thing as too many pairs, and don’t even try to argue that. 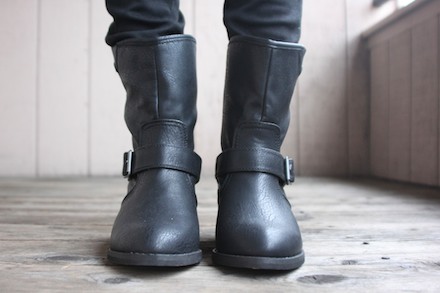 That being said, I was practically panting like an eager dog when I was asked to review a pair of Skechers best-selling fall boots. And I get to choose which ones? Gee, what a horrible task to be asked to do…

I ended up selecting the Lone Star, and my mind raced with a mental slideshow of different ways to style the boot before I even received them in the mail. The first two wears were the deciding factors for me as far as whether or not it would be a boot worth recommending, and wearing again myself. I wore them once for a full day of classes and running around campus, and I paired them with black skinnies, a white tank, and an Aztec printed grey and cream cardigan. The second time I threw the boots together with denim skinnies, a red plaid button-up, and a black faux leather jacket. So here’s what I have concluded about these heeled motos:

My initial reaction when opening the package was that it looked like a quality boots; some you can just tell that they are made with cheap material and will not hold up in the long run. I was also happy to see that the height of the boot was what I expected it to be, and it hits part-way up my shin, slightly taller than an ankle boot. The opening wasn’t too wide, which I was sort of worried about. I’ll admit I’m not one to wear heels too often, but that was part of the reason I chose these boots—the rest of mine are flat, so I thought it would be nice to try something new. The buckles on the top and around the ankle are so subtle that this boot could still be appropriate on some nicer occasions, not just for streetwear; I’m thinking holiday parties that are relaxed, but you still don’t want grandma to harp on your badass boots that look like they belong at a rock concert (not that there’s anything wrong with that, I totally condone the embellished look as I said before). I received several compliments on these, probably because most girls around my school stick to the knee-high riding boots or the lace-up combats. 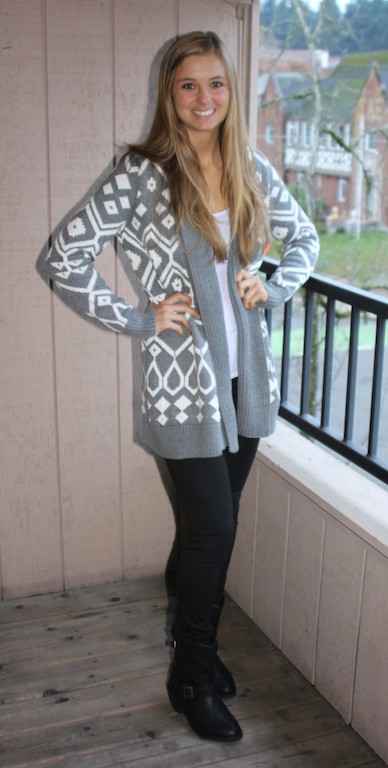 As far as comfort goes, my only complaint was the slight bump in the sole of the heel, which was a bit irritating to walk on. I’m assuming this was just a manufacturing malfunction though since it was only in one shoe. Otherwise, these felt sturdy but not uncomfortably stiff. And I’m sure the more I wear them the more they will break in, obviously. But I probably could have gone a half size down (I wear anything from an eight to a nine, depending on the shoe), but its nothing a thicker sock won’t solve. For someone who rarely wears heels, these weren’t too high for me at all and I could wear them in casual situations, all day long without my feet starting to ache. 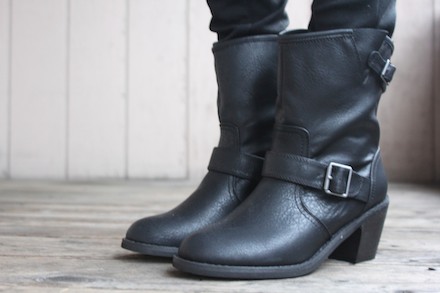 Before this I had never worn any kind of Skechers shoes before, and I probably never would have thought to look at this brand for boots. Overall, I was pleased with the shoe and am excited that I get to keep them and wear them again. I would definitely consider adding more Skechers boots to my collection…so the future of that fabulous boot closet of mine looks bright.

Shop it: The Lone Star Boot, $70 at skechers.com

Disclosure: The boots reviewed in this post were gifted from the brand; the decision to write this review and all opinions expressed are my own.