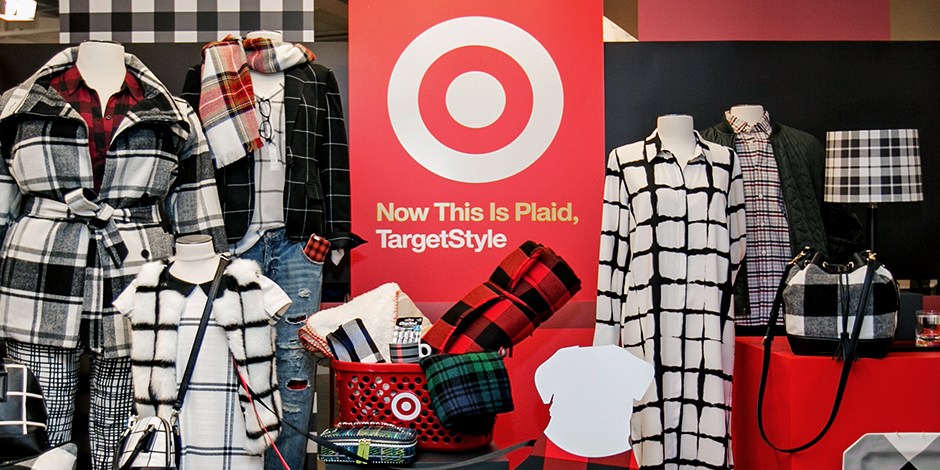 Target is going mad for plaid this fall by rolling out more that 360 everyday items in assorted plaid prints, plus a limited-edition collection by designer Adam Lippes. This is Target's second collab to be announced in recent weeks with a lesser known, inner-circle designer, the first being their jewelry collab with Eddie Borgo.


From puffer coats to throw blankets, shampoo to dog beds and even ChapStick, Coca-Cola, Listerine and more, guests will find a bold, chic spin on plaid throughout Target and on Target.com beginning late August through October 2015 (or while supplies last), priced from $1.99 to $179.99.

Additionally, designer Adam Lippes is creating a limited-edition collection of more than 50 buffalo plaid-inspired items. (His luxe eponymous line is now sold at stores like Net-a-porter.com.) Launching Sept. 27 at all Target stores and on Target.com, the collection will include home décor, apparel, shoes and accessories for women and men.

I'm picturing a cocktail party where one too many drinks were consumed as the birthplace of this mad for plaid takeover idea (What if we make everything plaid?! Wouldn't that be ah-mazing?!) But in all seriousness, I'm just getting into sundress mode, so it's tough to get excited for tartan so early in the season! How about you?