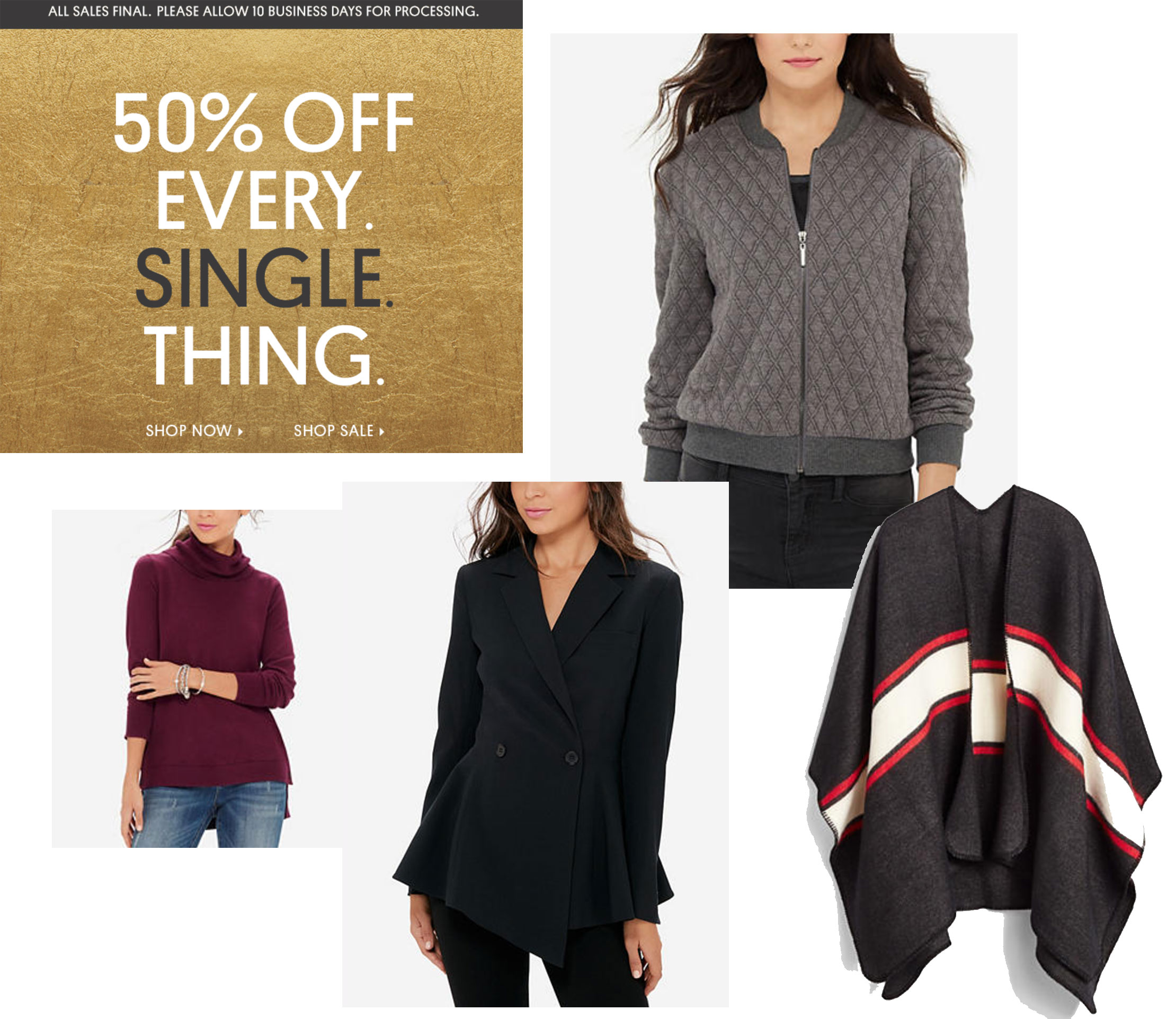 My friend The Recessionista is reporting that The Limited stores are closing for good, and that means now's your chance to score some deals before the clothing chain shutters their doors forever.

According to The Recessionista, you can find deals up to 80% off in stores, and up to 50% off online. Be forewarned, though, that all sales are final, and expect big delays in shipping and processing.

I have mixed emotions over The Limited's closing...on the one hand, I remember shopping at The Limited as far back as the eighties when I believe they were owned by the same company that owns Express: The two stores were side by side at the HIP (Harlem Irving Plaza) where my family shopped when I was growing up. The Limited was the place to get workwear and other grownup attire, while Express was the cool store for going-out tops and party dresses.

Over the years, The Limited never really evolved or did anything exciting. The few designer and celebrity collabs they did were generic for the most part. I don't think they did a great job engaging bloggers or using social media. For what it's worth, I never did an "Off the Rack" post for The Limited because there were always other more interesting places to shop on my infrequent mall trips.

Will you guys miss The Limited? What are your memories of this store?

Previous Post Next Post
Comments
Oh wow I didn't even know they were still here. None of my malls had the stores anymore. I do remember them way back when I was younger (lol) but then again I'm not shocked. Their store just never got with the times I guess.
#1 Cynthia on 2017-01-05 12:03 (Reply)
That says it all!

#2 Katie on 2017-01-05 12:21 (Reply)
That's what I'm hearing on social media, too. Not many places left to get affordable work attire, is there...?
#2.1 The Budget Babe on 2017-01-05 22:54 (Reply)
I also liked The Limited for work/dress pants. I'll have to stop by there tonight to get my hands on some!
#2.2 Jade on 2017-01-06 17:43 (Reply)
I'll miss the Limited but mainly for sentimental reasons. I used to spend quite a bit of my shopping budget there. They were great for work clothes (I'm in a corporate environment). Every spring/fall I would get a few of their suits and tops to mix and match. At one point, close to 90% of my wardrobe was from there. But then a couple of years ago they made a few changes. They went from more classic pieces to eliminating suiting almost altogether. Quality was cut as well. Design wasn't nearly as creative. When they converted almost all of the stores (except for major cities) to "Backroom" at the Limited, I knew it wasn't a good sign. That's basically the same thing Aeropostale did when they tried to convert many of their stores to "Factory" stores and that clearly didn't work. Plus, the "new" merchandise my store received was basically reissues of what had come out the previous season.
Retailers in general are having a rough time right now (thanks Amazon!). Macy's is going to close about 100 stores this year too and that place is an institution so I hate it for the fact B & M stores are becoming harder to find. I hate it because a store I was once LOVED is now gone. And I hate it because I'll genuinely miss that store. There's going to be an empty spot in our small mall that probably won't get filled.
I have a feeling that one day in the not so distant future we'll have kids asking, "A mall? What was that?"
#3 Sarah T on 2017-01-05 14:22 (Reply)
Thanks for this feedback, as a loyal customer you have a lot of insight into the store's closing. I think you make a lot of good points. Malls are undergoing lots of changes. I find myself going to malls a bit more often now that I have kids and we're looking for that entertainment factor as well. But the current flagship stores at my mall are just so dated and eerily empty, I can't imagine they can continue business as usual for much longer. Maybe malls internationally do better...? Haven't traveled much lately so I can't say!
#3.1 The Budget Babe on 2017-01-05 22:53 (Reply)
Awwww, the limited is where I had my first job in retail! It was also through the friends I made there that I met my husband. I haven't shopped there in over a decade but this news makes me sad.

Heidi || Wishes & Reality
#4 Heidi on 2017-01-05 17:16 (Reply)
Oh... that is sad, but a good story. You'll always have the happy memories!
#4.1 The Budget Babe on 2017-01-05 22:50 (Reply)
I used to love Limited Too! Gosh, that was at least 20 years ago, yikes. I don't think I ever shopped much at regular Limited because by the time I needed work clothes there weren't really any stores near me. I hate to see anyone go out of business, but that's a fact of life I guess. Sad about Macy's too. I do most of my shopping online anyway, but every time I go into the Macy's nearest me, it's PACKED. I hate it because of that, ironically...haha. So they clearly aren't having any trouble at the one near me (which is in Houston).
#5 Elizabeth on 2017-01-06 16:27 (Reply)
Actually the limited is my favorite store till today. Or should I say WAS my favorite store. I too stopped shopping there a while only because I completely forgot about the store due to placement , they have the best fitting pants I did pretty well there the last few years. I believe marketing may have been an issue,, The employees were extra helpful every time I shopped they I will truly miss the store,
#6 Theresa Caporizzo on 2017-01-18 00:23 (Reply)
does anyone know if the Limited will continue online?
#7 Abby on 2017-01-22 12:31 (Reply)
I have to admit that I was really sad when I learned that The Limited was closing.They have now filed for a Chapter 11 Bankruptcy. I sincerely hope that this is not the end of an era. I've grown up on The Limited, Express, Ann Klein, Ann Taylor, Abercrombie, J. Crew, The Gap American Eagle, Nine West etc.. Quality clothing for the working professional. It would be great to get the Mall surge going again. But, the millennials/post-millennials are changing the face of the industry. They are less invested in quality clothing lines due to lower budgets than GenX and Boomers or older Millennials. Stores like Forever 21 and New York and Company should not be a staple in an educated professional woman's life (very biased opinion). Because there are so many more of them, then the industry seeks to patronage them, therefore leading to the decline of stores like The Limited.