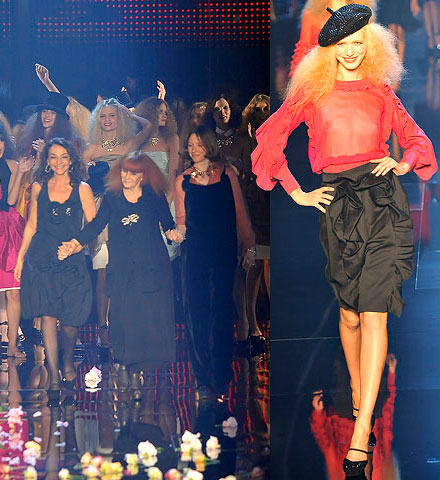 Left: Sonia Rykiel, center, with Nathalie Rykiel and Gabrielle Greiss. Right: A look from Sonia Rykiel's 40th-Anniversary runway show (via Style.com)
H&M announced today that Sonia Rykiel will be the next guest designer. The Paris legend renowned for her knit pullovers (and fiery red hair) will create a clothing collection that will include lingerie and related accessories for women—a first for H&M's designer collaborations—to be launched in store on December 5, 2009. Sonia Rykiel for H&M will create a second collab for spring 2010 which will include children's clothing and accessories, launching on February 20, 2010.

"It is a hallmark of Sonia Rykiel to think of all women because fashion is about a certain spirit more than a question of means," says Sonia's daughter Nathalie Rykiel, who is president and artistic director of Sonia Rykiel.

H&M creative advisor Margareta van den Bosch commented, "Sonia Rykiel is a true fashion icon who invented a signature style around femininity, Parisian chic and modernity—as well as functional, comfortable, wearable clothes. She has an attitude that inspires admiration among women of all ages around the world." 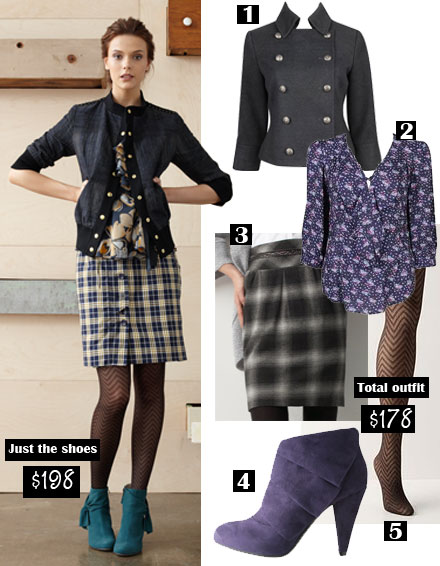 Get the "Anthropologie" look for less by pairing a floral top with a plaid skirt and finishing the look with a military jacket and colorful ankle boots.

And the winner is… #1 alex, who writes "I run regularly and try to eat a vegetable at every meal."

Congratulations to our winner and thanks to everyone for sharing your tips! 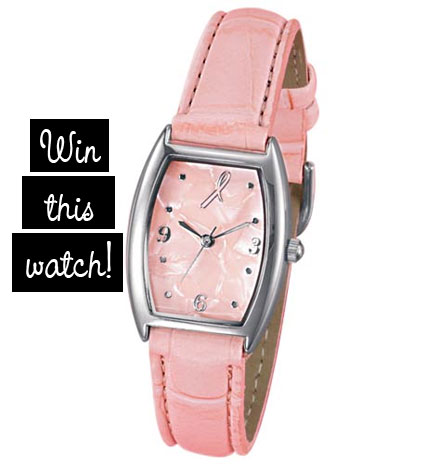 Please note: This contest is now closed to further entries.

One lucky reader will win an Avon Breast Cancer Crusade Strap Watch, featuring a ribbon motif on faux mother-of-pearl dial with a pink croco-embossed strap. This watch is part of Avon Pink Ribbon Products, supporting breast cancer research and care since 1992. Avon has donated more than $585 million to the breast cancer cause globally. To purchase your own watch, visit avon.com.

How to enter: Tell us your favorite self-care tip in the comments section below. 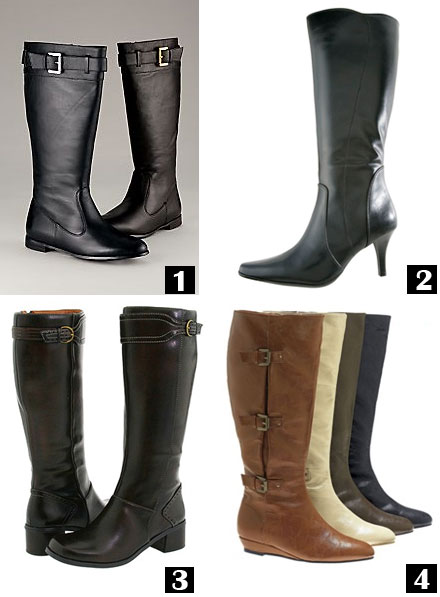 I always seem to have a problem finding boots for my curvy legs. I can never find a riding boot that closes all the way at the top (let alone trying to squeeze some skinnies in there!). I always have to settle for the "slouchy boot" style, though I love the look of a classic riding boot. Any suggestions?? —Maddy

I get this question a lot because let's face it: Most boots have narrow shafts, so whether you have some muscle or some curves, it can be tough to find stylish, affordable boots that fit a wide range of normal calf sizes. So I'll try to address this from a couple different angles, and hopefully other readers will share their tips in the comments!

How and Where to Shop for Wide Calf Boots 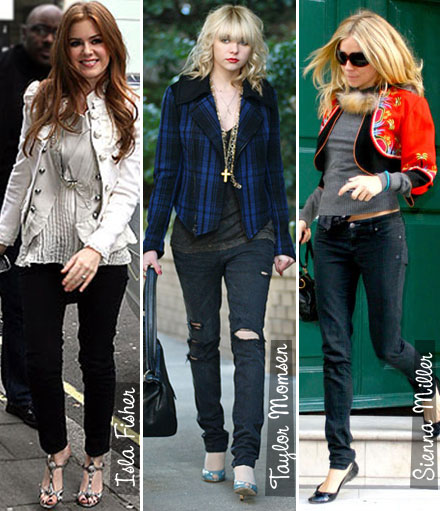 I saw a girl with the most fantastic black skinny jeans imaginable and I haven't stopped thinking about them! Could you suggest any brands that make a sophisticated black pant that would look great tucked into boots or worn with flats? —LR

Black jeans combine the versatility of black pants with the comfort, durability and great fit of your favorite pair of blue jeans. If you wear jeans a lot, you should definitely consider adding a black pair of skinnies to your arsenal! And of course, you don't have to spend a ton to find a great pair. Since black denim is so popular right now, I'd suggest beginning your search wherever you buy your other jeans. Personally I own these black denim leggings from Asos.com and a pair of black straight-leg jeans that I picked up at Forever 21. I love that you can dress them up or down, and the fact that you can wear them with a blue jean jacket (because we all know you can't wear a blue jean jacket with blue jeans). For more cheap, chic options, browse my handpicked selection below.