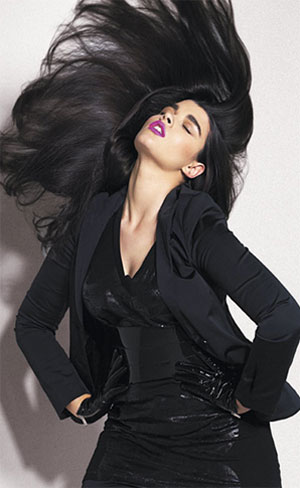 We first learned about Crystal when she appeared on Oprah back in November of 2006. After struggling to fit the stick-thin mold of what agents told her she had to look like in order to be successful, Crystal had a personal breakthrough and decided to just be herself. Since returning to her normal weight (she had dropped to a dangerous 95 pounds at her lowest), she's been featured in multiple Vogue magazines and is the first size-12 woman to earn a highly coveted Dolce & Gabbana ad campaign.

Sidenote: After watching the last episode of ANTM, we think the contestants could all take a lesson from Ms. Renn—isn't she stunning?!

See the full campaign at Mango.com >>