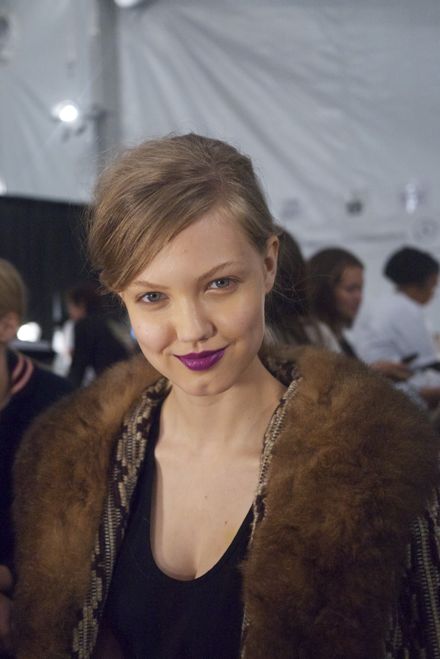 Mercedes-Benz Fashion Week began yesterday in New York, and my first official stop (after picking up my press pass) was backstage at Richard Chai's Spring 2012 show, where Avon Global Stylist Tippi Shorter and her team were hard at work creating the hair looks (balloons were involved) and MAC makeup artists led by James Kaliardos worked their beauty magic. 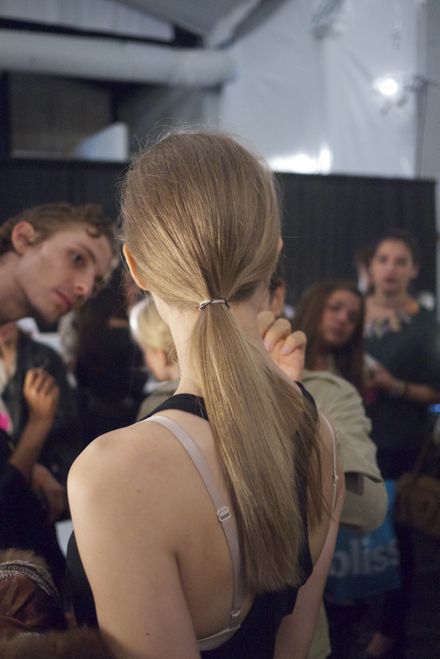 Tippi explained that the hair was inspired by Richard Chai's collection of bold prints and vibrant colors, a radical departure from his usual subdued palette. The designer wanted a combination of tousled and sleek, so Tippi gave models an extreme side-part low ponytail that was textured and bedhead on top, contrasted with a super-sleek, super smooth ponytail on the bottom. 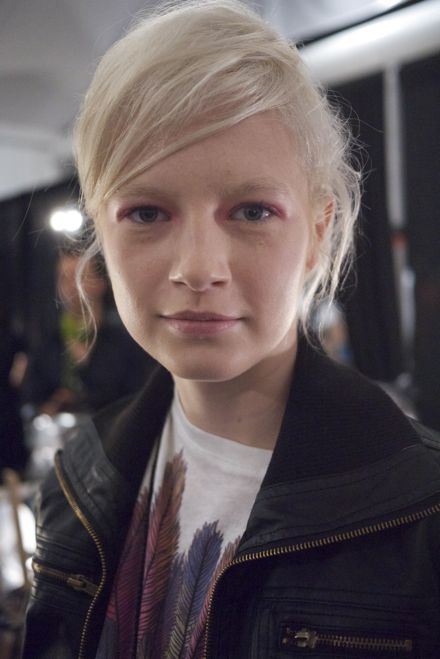 She used some conventional and some not-so-conventional tools to achieve the look: Avon 3D Rescue to style and protect the model's hair (which takes a beating especially during NYFW), and regular inflated balloons to create static! How fun and creative?! 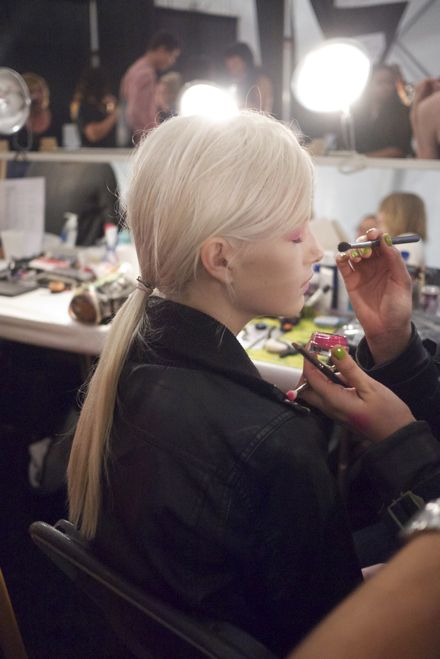 MAC's key makeup artist, James Kaliardos, said the inspiration for the makeup looks was a "Japanese surfer girl." He used bright washes of pink and orange on the eyes and punchy blue or purple color on the lips. 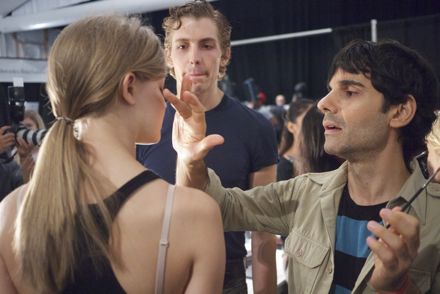 I wasn't technically invited to cover the MAC looks but when a group of press people gathered round James and he began to speak, I couldn't help but lean in and take notes. I would not recommend trying blue lips for everyday but it worked really well with the clothing and the hair. 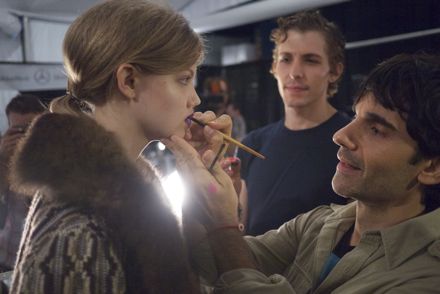 Altogether a super fun look, and I was so grateful to be able to see it come into being backstage. Big thanks to Tippi for being such a sweetheart and to the entire Avon team for having me! 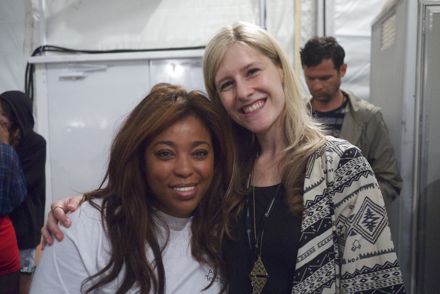 Previous Post Next Post
Comments
Those models are so gorgeous. Perfectly imperfect. That's the the best runway beauty in my opinion

Lucky you to get a behind the scenes look