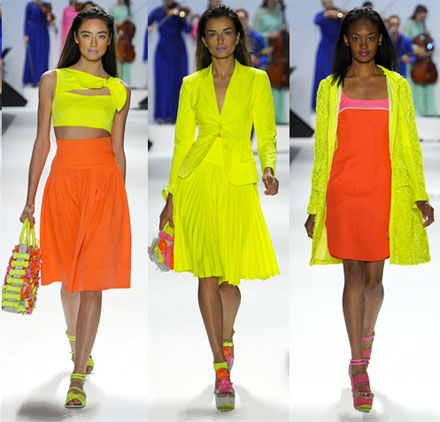 The design partnership with Nanette Lepore was announced today in New York City, where JCP unveiled its vision to transform itself into America's favorite store. The L'Amour Nanette Lepore brand will debut as its own distinct shop beginning February 2013, so we'll have to wait a while for this one. It's geared towards teens age 13-19 but you know I'll be checking it out.


Shown above: Neon-charged looks from the Spring 2012 Nanette Lepore runway (NOT jcpenney) via nanettelepore.com