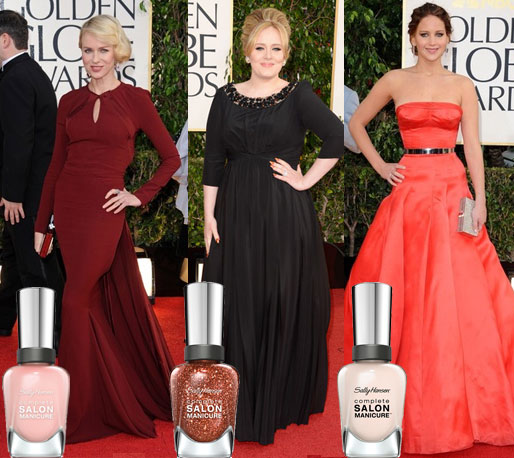 It's no secret that I'm a big Sally Hansen fan, so I was curious to learn which stars wore Sally Hansen nail polish at the 2013 Golden Globes. After all, glam nails are the ultimate red carpet accessory, and three of the night's biggest stars - Naomi Watts, Jennifer Lawrence and singer Adele - each turned to Sally Hansen to create their signature nail looks.

Here's what each star wore, maybe one of these shades will be right for your next night out (or girl's night in!) 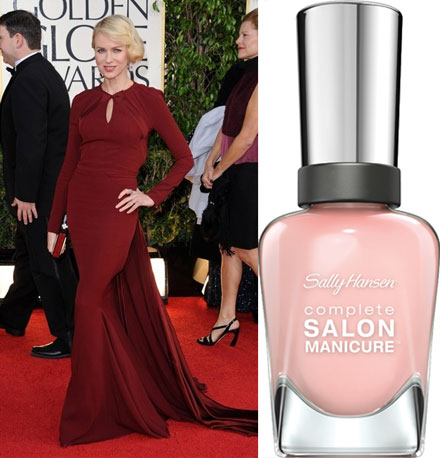 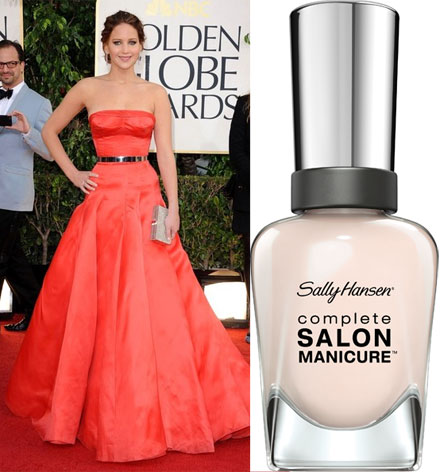 April Foreman was the expert behind Lawrence's nail look, using Sally Hansen Complete Salon Manicure in Sheer Ecstasy for the Best Performance by an Actress in a Motion Picture, Comedy or Musical nominee. 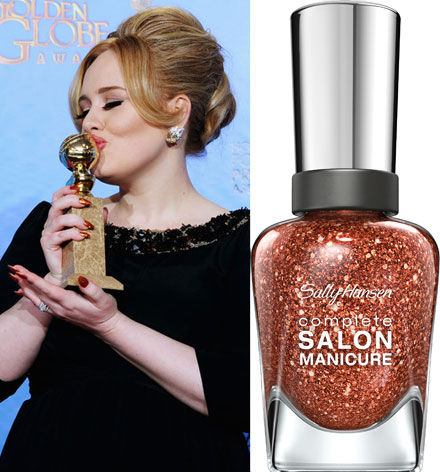 Celebrity Manicurist, Kimmie Kyees used on Adele a sheer coat of Sally Hansen Complete Salon Manicure in So Much Fawn with two coats of Complete Salon Manicure in Copper Penny layered on top. Kyees finished off the look with an exclusive topcoat created for tonight that had gold in it to help enhance the color in Copper Penny for the best Original Song, Film nominee. I loved Adele's acceptance speech and I love her nails!

Previous Post Next Post
Comments
Adele's nails were scary! the long tips that came to a point in the middle looked just like claws from some evil monster!